Continuing our Dangs series, this week our Executive Director, Kate, talks about Dangis, sugarcane, and the bigger picture.

This post has been a long time coming for me, probably since the first time we visited last April. I took the above picture last Summer when we visited the Dangs district with our interns. When I’d first been there in April, we were well into the hardest season. Visiting again in June, just two weeks after the rains began, I found the same villages transformed into the kind of postcard picture that could put Ireland to shame. Except for one thing–the immense poverty that confronted me everywhere I turned. This picture is a bit blurry, but this little girl was holding an empty plate. She was playing with it like it was a toy, not an instrument of nutrition delivery.

The Dangs district is about 120km (75 miles) from Kadod and it takes 2-3 hours. 75 miles may not seem like much but honestly the distance of even one kilometer can make India seem like two different worlds. While April was my first visit to the Dangs, it was not my first encounter with the Dangi people. That happened the prior November when I returned from my Diwali vacation. Coming home from Surat, tent cities had sprouted had up overnight like mushrooms. It was later explained to me that these were the migrant laborers who had arrived to harvest sugarcane, which is still done manually here. I learned later that many of these laborers were Dangis– Jayesh estimates that upwards of 45% of the people who live in the Dangs district leave to cut sugar every year.

They leave their homes for six months (November to April) to live in a tent with no electricity, running water or basic sanitation; work 14-16 hour days; and fall further into the debt cycle. No one doesn’t work in a sugarcane camp. Parents and oldest children cut and transport cane, older siblings collect the tops, younger siblings watch the youngest siblings and the babies just try to stay out of the way.

There are a lot of children in the camps. They belong to families who have no other childcare options. These are children who only get five months of school instead of the normal ten. Children who get pushed through from one grade to the next because you can’t require a student to repeat a year until after eighth grade, regardless of whether they’ve mastered the necessary skills. 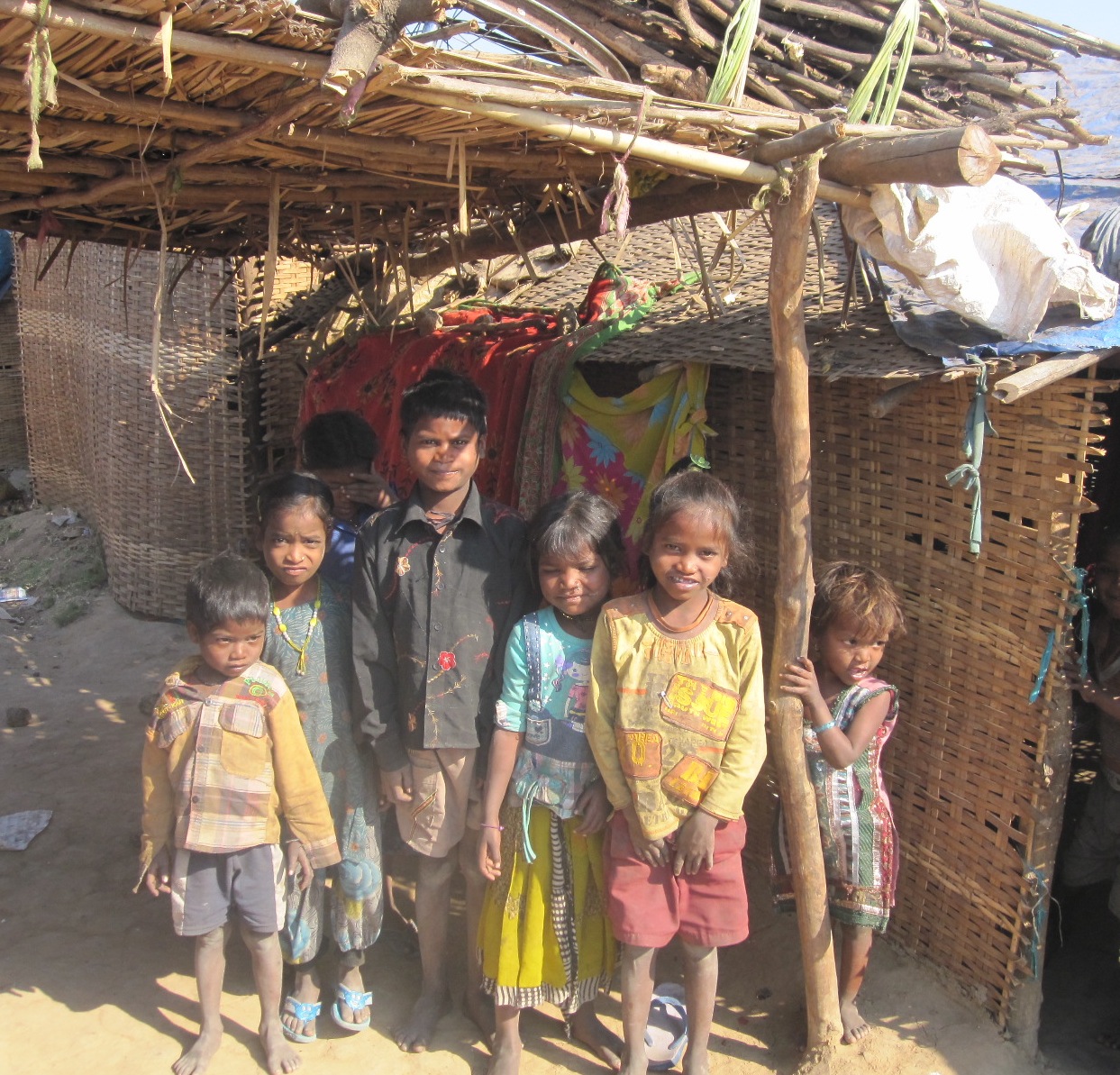 Very honestly, many of these children will grow up and continue the debt cycle their parents live in. They will not obtain enough education to join the skilled labor force. Not because they’re any less intelligent, driven or talented than their non-tribal peers but because the world has stacked all of the odds, hurdles and challenges possible against them. These kids grow up malnourished. They grow up without consistent access to quality education. They grow up without the conveniences of the 21st century that we take for granted– tv, computers, the internet, even consistent cellphone reception.

But some of these kids will escape. They’ll work hard, find a determination that drives them and they’ll make it all the way to 12th grade. They’ll take the board exams (like a G.E.D. but everyone takes it) and they’ll do well. And then what? That’s where Nanubhai steps in. We’re going to help these exceptional girls make the leap from the debt cycle of migrant labor to a new life of stable income. Even more than that, they’ll bring their parents, siblings, aunties and uncles with them. I hope these future doctors, nurses, engineers and accountants dream big, because I love dreaming with them.