Read Sonia’s final blogpost about her experience interning for Nanubhai in India this past summer. 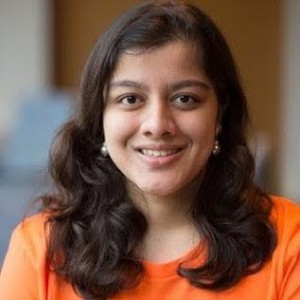 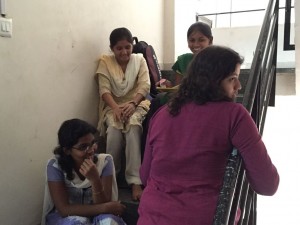 the Gujarat Road Transport Bus, I am finally back home to normalcy. And this normalcy feels vague.

Almost unreal. When I geared up to spend seven weeks in Bardoli, otherwise known as the “Paris of

India,” I never thought that there would be ambiguous elements of this state which I would long for

There were those pintsized streams, green lapses of evolving food in the middle of nowhere and mud

houses. Beneath these landscapes, I gained an erudition in the world of sentiments. There were strings

of stories and interviews which I garnered into sentences of memories. They made me ponder and muse

about a life so different from mine and yet so similar. I think about those girls ever so often. Every single

anecdote of them has now gained significance; I know their stories, half-written stories.

Gujarati linked me with those girls. Gujarati, the language of my roots. My fluency in Gujarati: a skill I

overlook. Their stories is a language of hope. Their hope is so reminiscent of the history of Bardoli, a

town where the locals embraced awkwardly lost interns walking around in circles. Hope in Bardoli also

takes me back to the Indian independence movement. There were incidences that took place in Bardoli

which completely evolved the roots of the Indian independence movement. After a summer in this

city of history, I can imagine Nanubhai as a symbol of independence and freedom. They, too are giving

“Let us remember: One book, one pen, one child, and one teacher can change the world.”

Working with Nanubhai this summer and contributing to this goal has been a wonderful experience.